Why this Blog was Started 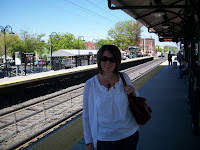 In October of 2009 I was asked by the Indiana Chapter of American Mothers if I would be willing to represent Indiana Young Mothers at the 75th Annual American Mothers National Convention. After dodging phone calls, praying and seeking counsel, I accepted the invitation.
I had to create a portfolio, in which I answered many questions about what most influenced me as a mother, if we had family time each week, how I nurtured each individual child, if we set aside time for our marriage, how I took time for myself, how I contributed to our community and more. Although a daunting process, it was time well spent. Honestly, I think we should all be asking ourselves these questions as we parent. It could be the catalyst to be more intention and focused as we parent. 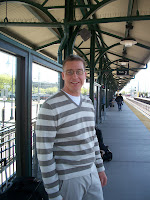 In May of 2010 my husband Kevin and I traveled to the Waldorf Astoria Hotel in New York City. It was amazing to be staying as such an iconic hotel. I met and absolutely loved each State Young Mother representing states from Alaska to New York. It was surely a time to be inspired by others. I can tell you I had no desire to have this title. Each and every one of the other mothers would have been fantastic representatives, but it was my name that they called. 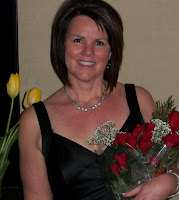 When that happened, (and after I could stand and then catch my breath) I instantly knew two things:

1) I didn’t deserve this title.
2) I would be authentic as I shared my mothering journey that year. I wanted everyone to know I was just an ordinary mom. This blog was a way to keep expectation of this National Young Mother of the Year realistic because it is here that I would share my story…the good, the bad and the ugly.

When asked during an interview for our church what had changed now that I had the title “National Young Mother of the Year”, I laughed and said nothing. That I would still be called by the principal of the school where our youngest attends, that sometimes we would still have cereal for dinner and that I was bound to still forget to pick up a child once in a while.

I was already writing a blog called Slices of an Ordinary Life, but I wanted to set this year apart and so I created this blog to chronicle my thoughts and experiences as a mom. When I had the format down, I needed a title and I was hoping for something clever. My sixteen year old son stuck his head out from his room and said, “How about “Mother of the WHAT??!!” I loved it and so it was titled that evening.

Because this blog has become so popular, I have made the decision to continue writing here. You can find my original blog, Slices of an Ordinary Life here, and I also am a now a featured blogger on Moms.FortWayne.Com, you can read find my writing here.

You can read my first and second posts for this blog here and here.